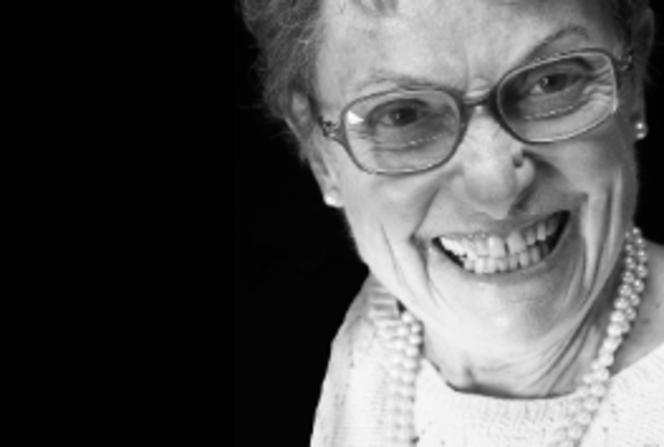 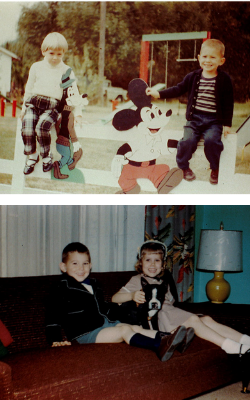 Peter was five years old when we moved into our first home in Burnaby. The Burnaby School District didn't provide kindergarten to 5-year-olds at that time and all of the private ones were full, so Peter had the luxury of total free time for that year.

One day I took him with me to buy a few groceries at our local market. On the way, he said, "Oh, Mom, I found a dime".

A dime to a five-year-old was a fortune in the early '60s. I was pleased at how happy he was.

When we got to the market he purchased some candies with his dime. But as he was eating the candy on the way home I sensed that something was wrong. He was not enjoying it as he should. I didn't say anything. I knew he would tell me when he felt it was the right time and sure enough later that afternoon, before Bob was home from the office, Peter said: "You know, Mom, I didn't exactly FIND that dime".

I said, "What exactly happened"?

He said, "I took it out of Nancy's bank and I was afraid you'd be disappointed in me if you knew".

I was shocked he had done that and I was naturally disappointed, so I asked him what he planned to do about the situation.

"I'll tell Dad and Nancy before dinner and I'll give Nancy two dimes from my bank and promise to never do that again".

I told him I thought he had learned a valuable lesson: that he would never enjoy anything he took that wasn't his. And I'm convinced he never did. He learned he had a big conscience.

One day at a time

Peter Young was a happy, middle-class child of the sixties. He was an expressive boy with a vivid imagination and Shirley Young (his mother) recognized this when she gave her eight-year-old son a personal diary for Christmas in 1965.

Just as she had always taught her children the importance of positive thinking, Shirley constantly reminded Peter that keeping a diary was a valuable outlet for self-expression.

On his parent’s sixteenth wedding anniversary, Peter set an arbutus tree on fire after stuffing firecrackers into its holes in an attempt to blow up the wood bugs.

Bob Young (his father) had to rush out in his suit and tie to chop away at the tree and extinguish the fire. Peter, terrified by what he had done, was not punished.

"We felt he punished himself enough," Shirley said. "He didn't need any more punishment. He loved that old arbutus tree and he never would have done that if he thought the tree would catch fire.”